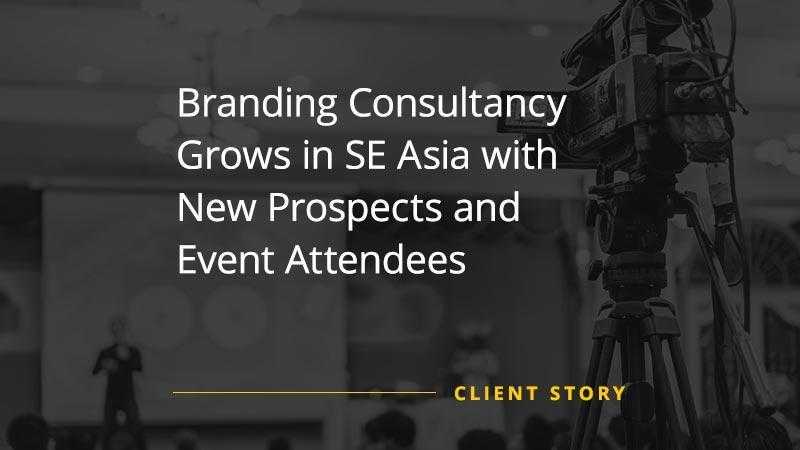 The Client was founded in 1974 and now ranks among the biggest branding companies in the world. The company has more than 1,500 employees and a network of 35 offices across 26 countries. Its latest reported annual revenues exceeded $185 million.

In 2013, the Client’s Singapore office signed up for a three-month pilot appointment setting campaign with Callbox. The company wanted to outsource some of their prospecting responsibilities, so that their in-house team could focus on opportunities further downstream.

Right around the same time, the Client was also ramping up its direct marketing activities across Southeast Asia. The company had a number of inbound and outbound marketing initiatives for driving awareness and demand toward its brand management solutions.

One of these was direct outreach activities that targeted various executive and senior-level marketing-related roles at Southeast Asian companies. The main goal of these efforts typically included profiling key accounts and booking introductory meetings for the Client’s consultants.

The Client also hosted live events as part of its customer acquisition strategy. These were usually 1-hour, invitation-only seminars on branding-related topics held at different locations in the region. The target attendees for these in-person events also consisted of senior marketing and sales decision makers.

Callbox worked with the Client to put together a campaign plan that included three months of appointment setting and one month of event marketing (Call-to-Invite) activities, along with thorough customer profiling.

The Callbox team carried out a multi-channel appointment setting program for the Client that used targeted phone conversations combined with email, social media, and online touch points. The goal was to schedule prospects for an initial “brand health checkup” with a strategy director from the company.

The campaign connected with CEOs, CMOs, directors, marketing managers, and other persons in charge of PR and branding at companies in Indonesia, the Philippines, and Thailand.

During the appointment setting effort’s last month, the Callbox team also ran a Call-to-Invite campaign. The goal was to increase attendees to a number of lunch and dinner seminars hosted by the Client in Singapore and Bangkok later that year.

Callbox registered 36 event attendees—more than four times than the target.

The campaign generated a total of 9 qualified appointments from the target areas of Indonesia, the Philippines, and Thailand. The campaign also produced a total of 124 warm prospects for the Client.