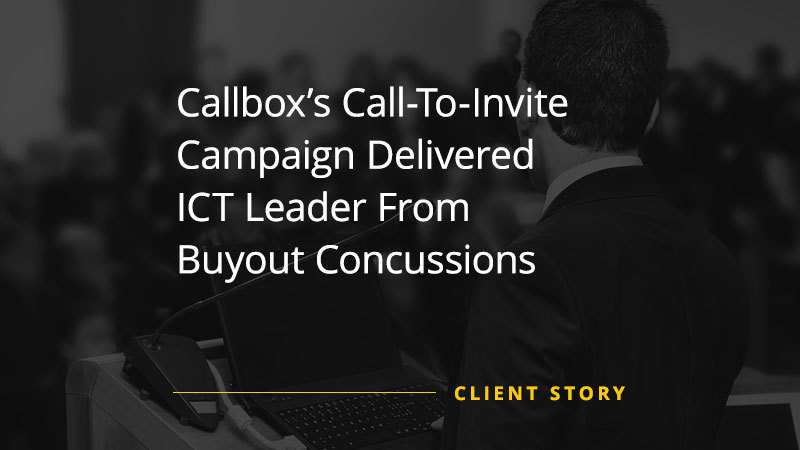 The Client is a global computer technology pioneer that develops, sells, repairs, and supports computers and related products and services. They empower countries, communities, customers and people everywhere to use technology solutions that help them do and achieve more.

The Client made history and proved its might in the technology sector when it completed a merger valued at approximately $60 billion with one of the biggest data storage companies, in 2015.

Although It was known to be the biggest tech deal ever, several roadblocks halted the deal’s success which affected the business in many different ways. One of those is product redundancy.

The Client’s newly acquired partner hosts several subsidiaries that were meant to augment technology bases and slope up the business but turned out to create a complex battleground, resulting in customer anxiety instead.

In the hope of driving awareness on customers about its new line of combined products and services, the Client decided to host a series of events.

The goal was for the Callbox team to invite target participants and register to the series of events that the Client will be hosting in different countries and schedules.

The discussions focused on automation and data security.

The three-month Call-to-Invite campaign concluded the key objective set for the project: to drive awareness on target customers about the new line of merged products and services as one brand.

Overall, the three-month Call-to-Invite outreach produced a total of 180 leads (confirmed attendees) as against the Client’s target of 100.

The leads delivered were best-qualified targets which turned in 55% conversion for the Client.