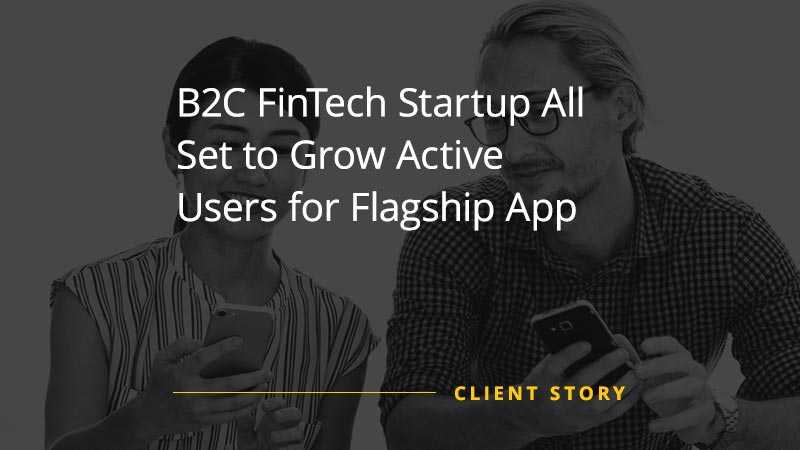 The Client is a pre Series A FinTech startup based in Singapore that provides a P2p remittance platform developed primarily for migrant workers in Singapore and Hong Kong. Its flagship app processes an average of $1 million in users’ money transfers to their home countries in Southeast Asia each month. The startup has so far raised $2.2 million in funding after three seed rounds.

Having secured $2.2 million in seed funding and handling more than $1 million in monthly remittance transactions, the Client seeks to expand the number of active users of its flagship app. Currently, the company’s online P2P money transfer platform caters mainly to migrant workers sending money to Southeast Asian countries such as the Philippines and Indonesia.

The company maintains an in-house database of prospects collected through its list-building initiatives and opt-in campaigns. But as the list steadily grew, the company’s sales team has only been able to convert only a small percentage of the prospects into sales opportunities.

The problem came down mainly to reps not being able to promptly follow up on enough leads, leaving a huge number of potential customers practically uncontacted. Plus, many of the prospects that got contacted turned out to be a poor fit with the company’s target customer profile.

It was clear the Client needed more manpower to handle the tasks of initially contacting and screening prospects. Accordingly, the company decided to outsource much of these activities to a third-party provider and let their reps focus on the final steps in the conversion process.

The Client chose Callbox because of the latter’s experience in B2C financial services and its track record of implementing integrated phone and email outreach campaigns which closely matched the company’s specific requirements.

A plan was drawn up for a one-month campaign that would run each January or February to coincide with the company’s seasonal sales activity. As of writing, the project has completed two full months and is currently in its third. Each campaign involves three key steps:

Step 3: Following up and nurturing leads

The project has now wrapped up a total of two campaign months, with the first campaign completed in January of 2017 and the second in February last year. Based on the KPIs specified by the Client at the outset, the project has so far produced very good results: 201 booked appointments and 67 completed leads.

The Callbox team was also able to profile 2,147 records from the Client’s in-house list and maintained response rates of 31% for phone calls and 17% for emails throughout the two campaigns.

The Client continues to partner with Callbox, and the project is about to launch its third full campaign month.