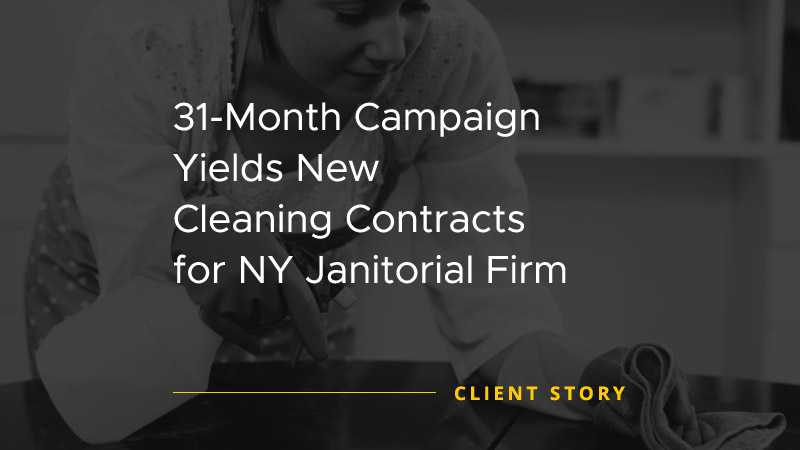 With limited manpower and resources to carry out outbound prospecting activities in-house, the Client hired the services of Callbox in January of 2015. For the next two-and-a-half years, Callbox served as a close extension of the company’s sales team, consistently providing appointments and leads to its reps and marketing staff.

Before working with Callbox, the Client had been following a 3-point messaging approach in all its marketing communications and sales collateral. The Client required all marketing/sales materials to:

The Client was very clear about meeting these standards. This formed the basis for selecting Callbox since the agency was able to demonstrate these qualities through its flexible service proposal and actual track record in deploying successful marketing campaigns for commercial cleaning firms.

In addition to the Client’s messaging requirements, the company also went into the partnership with Callbox expecting to receive at least 15 qualified appointments from the campaign each month.

Throughout the whole effort, the campaign plan centered on carrying out multi-touch, multi-channel appointment setting mainly through an outreach cadence of phone and email touch points.