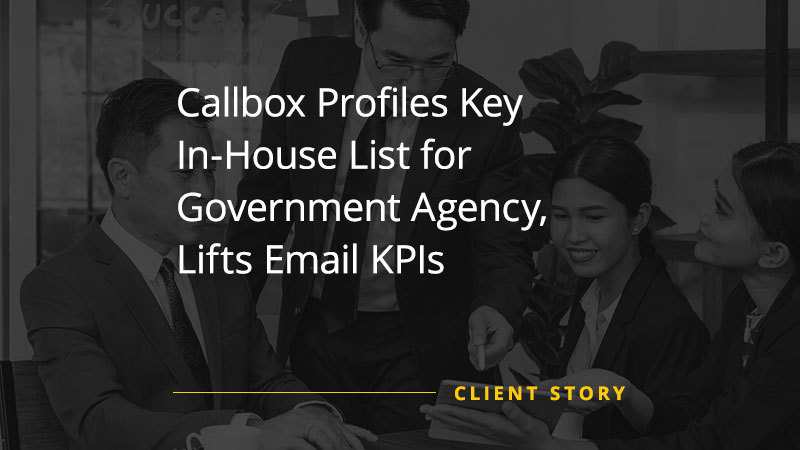 The Client is the head office of a government agency in a Southeast Asian country. The Client develops and implements foreign trade policies, as well as regulates the country’s export and import industries.

As part of the government agency responsible for overseeing international trade in its home country, the Client facilitates trade relations with private companies overseas. The Client maintains an extensive database of key contacts from exporters and importers located in partner countries.

The office’s foreign companies list consists of around 25,000 contacts acquired from different sources, such as signup forms, internal research, tradeshow events, and publicly available documents. The list makes up the backbone of the Client’s promotion activities and information drive, as well as the main distribution list for the agency’s monthly newsletter.

With tight timetables for the data migration project, the Client sought the help of a third-party provider to scrub and update its foreign companies list. Following a thorough procurement process, officials chose Callbox after taking into account price competitiveness, data management capabilities, and track record.

Callbox carried out a data cleaning and data profiling campaign for the Client. The campaign was designed with the agency’s very particular requirements and timelines in mind.

The whole campaign took two months to complete (or 44 days), which was well within the Client’s required timeline. The first two weeks were spent on data cleaning, while the remaining six weeks were allocated for data profiling.

The Callbox team profiled a total of 24,952 records and worked to achieve 99.5% accuracy for the final list.